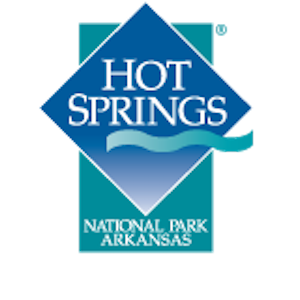 The weekend was postponed from its scheduled May celebration because of the COVID-19 pandemic.

“This will be the greatest weekend of activities thus far as we continue to showcase Hot Springs’ international recognition as The Birthplace of Major League Baseball Spring Training,” said Steve Arrison, CEO of Visit Hot Springs.

“On hand to interact with fans will be Hall of Famer Lee Smith, Hall of Famer Steve Carlton, Hall of Famer Ted Simmons and ‘The Mad Hungarian’ Al Hrabosky,” Arrison said. “It’s going to be a great weekend for baseball fans in Hot Springs.”

“Steve Carlton, Ted Simmons and Al Hrabosky are returning for this year’s Baseball Weekend because of the overwhelming response to their appearances at last year’s Baseball Weekend,” Arrison said. “It turned out that the fans who attended last year did not have sufficient time to finish their discussions with these baseball legends, so we thought we would bring them back for more opportunities for the fans to discuss baseball in the past and the present.

“The addition of Chicago Cubs legend and former Cardinal Lee Smith should really take those conversations to the next level.”

“Al Hrabosky is returning for his third Baseball Weekend,” Arrison said. “A great Cardinal pitcher and a fan favorite during his playing days, ‘The Mad Hungarian’ has entertained Baseball Weekend fans tremendously. He’s currently a TV broadcaster covering the Cards on Fox Sports.”

All four players will participate in panels, question-and-answer sessions and autograph sessions with the public. Specific times for the panels and other events will be announced later. All of the events will be free and open to the public, and all will be held at the Hot Springs Convention Center.

Dozens of baseball legends came to Hot Springs in the early years of the 20th Century to train on the city’s mountain trails and “boil out” the residue of the off-season in the city’s world-famous thermal waters. Hot Springs became known as The Birthplace of Major League Baseball Spring Training because of the presence of scores of future Hall of Famers up into the 1940s and early ‘50s.

At the time of his retirement, the numbers left little room for doubt.
Lee Arthur Smith – by virtue of having saved the most games in Major League history – was one of baseball’s greatest relief pitchers.

Smith, born Dec. 4, 1957, in Jamestown, La., was drafted in the second round of the 1975 amateur draft by the Chicago Cubs. He quickly advanced through the minor leagues – but nearly quit the game when the Cubs decided to make him a relief pitcher.

“I thought it was a slap in the face, like I wasn’t good enough to be a starter,” said Smith, who was lured back to baseball with the help of future Hall of Famer and former Cubs star Billy Williams.

Smith held the all-time saves record for 13 seasons before Trevor Hoffman broke it in 2006. Today, Smith ranks No. 3 all-time behind Hoffman and Mariano Rivera. His final totals: a 71-92 record, a 3.03 ERA, 1,022 games pitched, 802 games finished (the top career total at the time of his retirement), an NL-record 546 straight games pitched without a fielding error, three Rolaids Relief Man awards and those 478 saves.

Simmons was the greatest offensive catcher in Cardinals history, playing for St. Louis from 1968-1980. He was named to six All-Star Games, caught two no- hitters and set a National League record with 182 home runs as a switch-hitter.

Simmons is considered one of the best hitting catchers in Major League Baseball history. He was renowned as a volatile competitor with an intense desire to win.

At the time of his retirement, Simmons led all catchers in career hits and doubles and ranked second in RBIs behind Yogi Berra and second in total bases behind Carlton Fisk. He also retired with the National League record for home runs by a switch-hitter despite playing several years in the American League. Simmons hit .300 seven different times, hit 20 home runs six times, and caught 122 shutouts, eighth-most all-time.

Steve Carlton, nicknamed “Lefty,” used martial arts and weightlifting as part of his conditioning program and got himself to a fitness level that allowed him to throw for 24 seasons in the big leagues. A focused competitor, Carlton used his biting slider and a great fastball to achieve excellence on the mound.

“Lefty was a craftsman, an artist,” said Hall of Famer Richie Ashburn. “He was a perfectionist. He painted a ballgame. Stroke, stroke, stroke, and when he got through it was a masterpiece.”

“Auggie Busch traded me to the last-place Phillies over a salary dispute,” said Carlton. “I was mentally committed to winning 25 games with the Cardinals and now I had to rethink my goals. I decided to stay with the 25-win goal and won 27 of the Phillies 59 victories. I consider that season my finest individual achievement.”

His first season in Philadelphia, Carlton led the league in wins, ERA, innings pitched and strikeouts. It earned him his first Cy Young Award.
In 14-plus seasons with the Phillies, Carlton led the league in wins four times, winning 20 or more games four times. The 10-time All-Star would go on to win three more Cy Young Awards and a Gold Glove in 1981. On Sept. 24, 1983, he became just the 16th pitcher to win 300 games.

“Lefty has a hard time being human as a pitcher, so he became superhuman, and did things that were superhuman,” said his long-time Philadelphia battery-mate Tim McCarver.

He signed with the San Francisco Giants in 1986 and finished out his career with the Cleveland Indians and Minnesota Twins. He finished his career with 329 wins – second to only Warren Spahn among lefties – and 4,136 strikeouts.

He broke a record with 19 strikeouts in a game in 1969 and was the first pitcher to win four Cy Young Awards. Carlton was elected to the Baseball Hall of Fame in 1994.

Al Hrabosky was drafted by the Minnesota Twins in the 11th round of the 1967 amateur draft, but did not sign with the club. Two years later the Cardinals made him their first-round choice. Within a year, at the age of 20, he made his Major League debut, pitching a scoreless inning against the San Diego Padres.

During his time with the Cardinals, Hrabosky became a fan favorite for his antics on the mound. Between each pitch he would turn his back to the batter, walk toward second base, vigorously rub the ball between his palms several times, take a deep breath and pound the ball into his mitt. He would then storm back to the mound, staring down the batter. Although the crowd would roar in delight, most batters were not fond of the pitcher’s routine.

Hrabosky’s best year was 1975 when he led the National League in saves with 22 (a career best) en route to winning the Sporting News “NL Fireman of the Year” award.

After eight seasons in St. Louis the Cardinals traded Hrabosky to the Kansas City Royals. Following just two years with the Royals, he was released and signed with the Atlanta Braves.

Early in his career with the Cardinals, Hrabosky enhanced his menacing appearance with long hair and a horseshoe mustache. However, when Vern Rapp became the Cardinals manager in 1977, Hrabosky had to cut his hair and shave the mustache.

Perhaps Hrabosky’s most memorable performance came during an ABC Monday Night Baseball game on May 9, 1977, against the Cincinnati Reds. In the top of the ninth with the game tied at 5-5, Hrabosky allowed the first three hitters (all left- handed), Ken Griffey, Joe Morgan and Dan Driessen, to reach base and load the bases. As the Redbirds home crowd roared, Hrabosky went into his “Mad Hungarian” routine and proceeded to strike out right-handed power hitters George Foster, Johnny Bench and Bob Bailey. The Cardinals went on to win 6-5 on a Ted Simmons home run in the 10th inning.